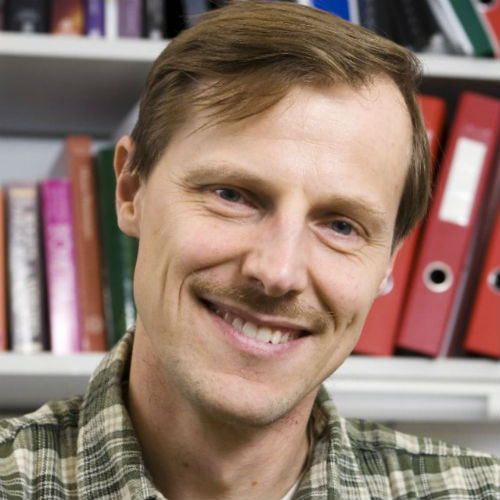 The brains of Alzheimer’s disease patients contain messy protein deposits between their cells. It had been suspected that the build-up of these beta-amyloid plaques is directly or indirectly causing memory loss. To find out more, a group of European scientists set out to discover why memory loss happens and why patients have trouble forming new memories. The scientists asked what effect these jumbled deposits have on the brain and looked to identify new ways of treating Alzheimer’s and perhaps sweeping them from the brain. It seems these deposits stop new links between cells and interfere with existing communications in the brain. Prof Heikki Tanila of the University of Eastern Finland coordinated the project – called MEMOLOAD – and here talks about causes of Alzheimer’s, what we have learnt about the disease and why it is a difficult disease to treat.

What have you found out about Alzheimer’s disease?

We initially thought that these beta-amyloids started accumulating in the brain when we see signs of Alzheimer’s. But it seems that you can predict the onset of the disease with their presence 15 years before symptoms appear. This makes it a really difficult disease to study. It looks like the early stage is all about a slow accumulation of these proteins. It is very slow, like the start of an Ice Age. The first winter is not any worse than the previous one, but then you don’t get a summer. So these proteins slowly build up and they don’t get cleared.

What kind of things did you discover in the MEMOLOAD project?

We realised that this beta-amyloid molecule is very special and that it is like a synthetic plastic. It has a very changeable shape and is made of small parts that are added onto it. This makes it difficult to study but we made a form that can be studied in the lab. We also discovered that beta-amyloids may cause epilepsy. This led scientists to look at treating Alzheimer’s disease with anti-epileptic drugs. Like others we showed that BDNF (brain derived neurotrophic factor) is a potential treatment for brain disease, but it’s a big molecule and so doesn’t cross the blood-brain barrier easily.

What drug molecules were discovered in this project?

We developed peptide-like molecules that bind to the beta-amyloid protein and neutralise its effect. Some of these were effective in cell and animal models but peptides get broken down in the body quite quickly. They are active for just 2 to 4 hours and this makes them less promising as Alzheimer’s drugs. We would like now to modify them so that they last longer.

Why is Alzheimer’s disease difficult to treat?

One reason is that everything happens so slowly. When someone you know gets the disease you might feel it happened all of a sudden, but it looks like it is a disease with 30-years duration at least. During those years many things happen in the brain and it is hard to get a handle on it all. Also the disease affects those areas that are plastic by their nature. This means that patients can hide the disease because their brain takes measures to adapt to the tangles.

Is there anything people can do now to influence the risk of them getting this disease?

The things that are good for your heart are good for your brain. So avoid eating too much and gaining weight, and avoid too much salt and saturated fats. Eating vegetables and fish should be beneficial, as is taking regular exercise. So lifestyle can help.

What are the challenges in developing Alzheimer's drugs?

There are four registered drugs but they all treat the symptoms. Some patients seem to get better quite quickly, but their situation is worse a year later. It would be a breakthrough if we could neutralise the plaques, but so far results from research have been disappointing. It may be necessary to start a treatment 15 years before symptoms first appear, but this raises big ethical questions. Would you want to take a new drug before any signs of illness?

Might it be possible just to clean up the brain and clear out these unhealthy plaques?

It is probably like ploughing snow in Finland. You clear the road each day but light snow continues to fall and when you stop clearing you still have snow. Alzheimer’s is an ongoing condition. In the end we will have to find a way of stopping whatever imbalance is causing these beta-amyloids to build up. Or intervene early enough so that you can keep levels low. If you go back 30 year ago we had no idea what was causing this disease. Now we know a lot.