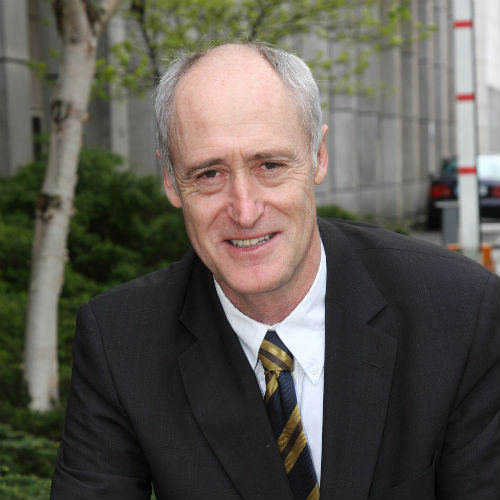 How did you get into brain research?

“After I studied medicine in Ireland I trained as a psychiatrist and I worked in Alzheimer’s disease research centres in the United States, including Mount Sinai Hospital in New York. I returned to Ireland in 1991.”

What do you work on?

What interesting trends have you seen recently in your area?

“I think there is an increased awareness about Alzheimer’s disease, and more fear of it. When we started the memory disorders clinic we run in St James’s Hospital in Dublin more than 20 years ago, people were being referred at a later stage of cognitive impairment with established dementia. Now people are being referred to us who have milder degrees of cognitive impairment or pre-dementia. There’s also a growing emphasis on protecting brain health. There is strong epidemiological data supporting the idea that maybe you can prevent dementia by modifying lifestyle factors. The evidence from randomised control trials isn’t there strongly yet, but there was a lot of epidemiological data supporting the link between smoking and lung cancer before that could be proven. So when we see people coming in with cognitive complaints, mild cognitive impairment or even dementia, even though we don’t have a strong evidence base for it quite yet, we still recommend modification of lifestyle factors because it may well affect disease progression.”

Have you changed your lifestyle based on what research is showing about brain health?

“Probably the best evidence base for brain protection is for exercise. I have always played sport – I have played tennis all my life and I played at international level a long time ago, and I cycle to work as much as I can. So I do take a lot of exercise. I couldn’t say that I consciously made the decision to do this to protect my brain, but it has happened that way and I will probably keep going with it!”

If you had a magic wand and you could make something happen in the next five years, what would that be?

“I’d like to see more immediate support and care for people with Alzheimer’s disease and for their carers. I’d like to see structured programmes within day centres where people had activities and interventions that were individualised for them and this was available to all, where there wasn’t a question of having to wait, to go on a list. And that’s not about big scientific research, that’s about a caring society.”