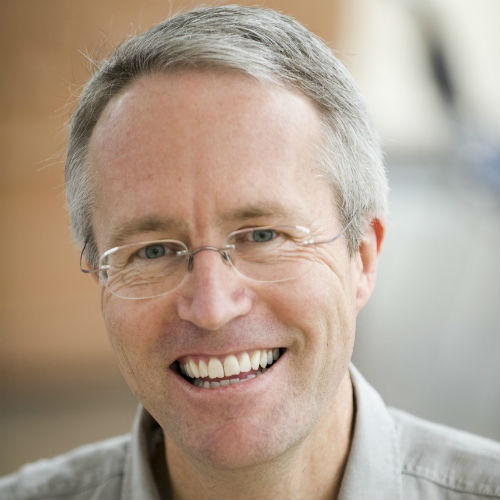 A native of Sydney, Australia, Prof Seth Grant is a neuroscientist interested in how brain mechanisms drive our behaviour and how these are involved in brain disease. He is especially intrigued by the genes and proteins that control the junctions – synapses – between nerve cells. Prof Grant runs a lab at the Centre for Neuroregeneration at the University of Edinburgh, UK. Previously he studied mouse models of learning and memory under Nobel Laureate Dr E. R. Kandel in the United States.

How would you explain your job to a fellow wedding guest over dinner?

I am studying the fundamental molecular processes at the level of genes and how they control our ability to think, learn and remember. And I am interested in not only how they operate but how they evolved over the time since life first emerged on Earth.

What kind of big questions should brain science be focusing on?

One is the genetic architecture of cognition. By that I mean, how the genome encodes our capacity to think, learn and remember. We know that genes are responsible for our body plan, but there is also some core logical principles anchored in our genome which define how our brains operate. The second one is that we need to understand the most fundamental and conserved elements of cognitive machinery. To understand our own cognitive capacity, we can study the mechanisms in other animals and organisms. We can then understand the evolution and origin of cognition.

How has our understanding of learning and memory and the brain changed in recent years?

The early molecular models of learning and memory were too simplistic and we now have to build completely different models based upon tremendous complexity.  For example we were interested in an important receptor in nerve cell plasticity and in learning and we thought it consisted of four subunits of proteins to make an ion channel that bound to a neurotransmitter. We showed that it actually involves 77 proteins, which was around ten times more than we had anticipated. This has been a general rule of thumb ever since. The number of proteins involved in synapses has similarly increased ten-fold from what we first thought.

You recently looked at nerve-to-nerve cell junctions and their possible role in brain diseases?

We isolated proteins from these synapses and generated a list of genes that encode these proteins. We then identified what kinds of diseases are caused when these genes are mutated. We documented over 130 different diseases that are produced by these mutations. That included conditions like schizophrenia, intellectual disability and autism.

How would you describe progress made in understanding how the brain works?

I would say we have made slow and steady progress. The most exciting advances have been at the molecular level and the number of scientists using molecular approaches as gone up exponentially over the last 20 years. And we are really starting to join the dots between the genetics of cognition and the diseases of cognition and that is what the GENCODYS project is all about.