Can an old drug learn a new trick to help Alzheimer’s? 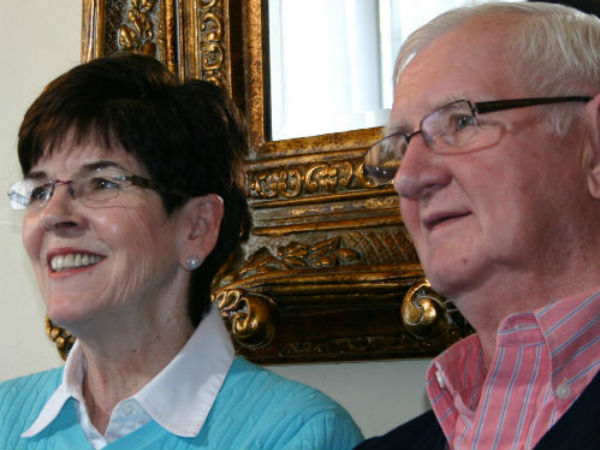 Could a medicine that’s used to reduce blood pressure also help to slow down the rate of deterioration in Alzheimer’s disease? That’s the question being asked by an EU-funded trial called NILVAD, which is currently running at several centres across Europe.

The medicine in question is nilvadipine [nil-VAH-dih-peen] which acts on tiny electrical channels on the outside of cells in the body. It is used in some countries to help bring high blood pressure under control. But hints from animal studies carried out in the United States suggest dihydropyridine calcium-channel blockers – the same type of drug as nilvadipine – might also help to reduce the cellular effects of Alzheimer’s disease in the brain.

Does the same apply in humans? That’s what the current trial hopes to find out, explains Prof Brian Lawlor, who is a Consultant Old Age Psychiatrist at St James’s Hospital in Dublin, Ireland, and Conolly-Norman Professor of Old Age Psychiatry at Trinity College Dublin.

But first things first – initially Prof Lawlor and colleagues in the Roskamp Institute in Florida looked to see if nilvadipine was safe for people with Alzheimer’s to take.

That opened the way to the larger, NILVAD clinical trial, which Prof Lawlor now co-ordinates. Such ‘phase 3’ trials are often funded by pharmaceutical companies, but instead NILVAD is funded to the tune of €6 million over five years through the EU’s Framework Programme 7. “It is unusual,” says Prof Lawlor. “It is the first investigator-driven trial of its type for Alzheimer’s that’s being funded by European Commission.”

NILVAD kicked off in 2012 and is recruiting 500 people with diagnosed mild-to-moderate Alzheimer’s disease at 25 investigator sites in nine European countries (Ireland, UK, France, Italy, Hungary, Greece, Germany, Sweden and the Netherlands). Each person on the trial takes either nilvadipine or a placebo each day for 18 months, and the participants are assessed every few months to see whether the nilvadipine slows the rate of disease progression.

So far, more than 120 people have been recruited onto the trial, which is ‘double-blind’ so neither the researchers collecting the data nor the participants know who is getting the drug at the time. It’s far too early to know whether nilvadipine can help to put the brakes on Alzheimer’s disease, but that is a result that Prof Lawlor would like to see.

Look to the future

“There are no disease-modifying treatments out there for Alzheimer’s disease,” he says. “And in a trial like this – a disease-modifying trial – you are not going to get a very dramatic effect, you are really looking at changing the slope of deterioration. But if the results here showed that nilvadipine did have an effect on slowing the rate of disease progression that would be fantastic.”

And if there is an effect, the fact that nilvadipine is already approved for use in humans in some countries would help to translate that finding into wider clinical use, he adds. “Because nilvadipine is already being used to control blood pressure in some countries, a positive finding WOULD translate much more quickly than would be the case for an experimental medication, and that’s something we are looking to make happen in NILVAD too.”

Our 60 minute documentary the 'Age of the Brain' will highlight developments in the Nilvad project. Watch this space for details of where and when you can see the documentary.

If you are interested in learning more about participating in the NILVAD study see here.